The one lesson that I wished that I had learned earlier on in life, a lesson that would have really helped me achieve success, is one of the first “adult” responsibilities we try to take as a youngster: dressing ourselves.

Ever since I can remember, I have dressed myself. It’s just one of those independencies we reach for first, trying to tell our parents that “no, we know what we to wear.” But we don’t and, if you don’t believe, just watch “What Not to Wear” or subscribe to “Walmart

People” on your favorite social media platform. I remember 4th grade, specifically, when I had had it up to HERE <insert hand placement at the top of my head> of my “friends” copying ALL of my clothes every single day. Being a country pumpkin, I didn’t have the leisure that they all did of having LOTS of nice school clothes as my clothing budget had to be stretched over livestock show clothes and work clothes as well.

In an exaggerated and dramatic fashion, I decided to get clothes that I didn’t think anyone else would ever wear in the name of crazy pants. I had zebra striped pants, silver metallic pants, camo pants (not army camo, Mossy Oak 3D camo), and all other sorts of craziness. It worked for a time period but then they went on to join me in the crazy pants saga and I had to get even crazier.

Going through my wicked growth spurt, I found myself wearing baggy blue jeans, a sweatshirt and a baseball cap every day to high school. During basketball season I would replace the jeans with sweatpants. My mom legitimately made us fleece PJ pants and that’s what both my sister and I would wear on a daily basis to school.

It wasn’t until college, when I had my first internship with a summer baseball team, that I realized that it wasn’t common. I was one of three girls that weren’t a part of the fashion and merchandising internships and was caught off guard when I realized how much NICER they looked than the rest of us everyday.

Once the season started, I remember the owner of the team telling us the simplicity of the rules outside of our regulated khakis and polos: boys take a shower every game day, girls put on one item of makeup.

At first, I was slightly offended, “Why would he say that?”
Looking back, I now know. Just the simple act of putting on some mascara or highlighting my cheek with blush, I found myself being a little more conscientious about how I looked 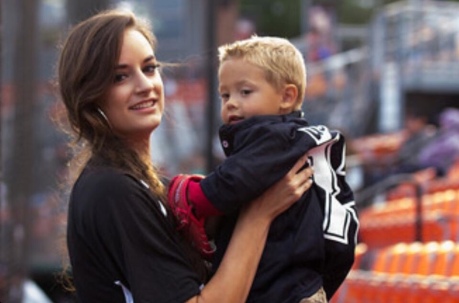 before heading to the ballpark. We were the group that was working hard every day, talking to the fans, and working
with the sponsors. This is why,, even though it was just a “college baseball summer league” it was still vitally important that we looked presentable. A “forever” athlete in my book, I finally started to realize the importance of looking nice.

really caught me off guard as I sometimes felt that they were unrealistic standards at pressing points in our adventures – how am I supposed to look perfect when wrangling fish for a Fish Rodeo?

What I did learn, though, was what I could do at a variety of different levels to make myself presentable. I had the “basic” which included what the baseball owner required. Just enough that people knew you were making an effort to look good. Then there was the interview – softer level make up, professional, nothing flashy. The next step up was photo shoot make up which had some more drama in the eyeliner, eye shadow, lashes and contour. The final step was “arena make up” which was more theatrical since it needed to be seen from a ways away.

These skills all led me to being the spot of the 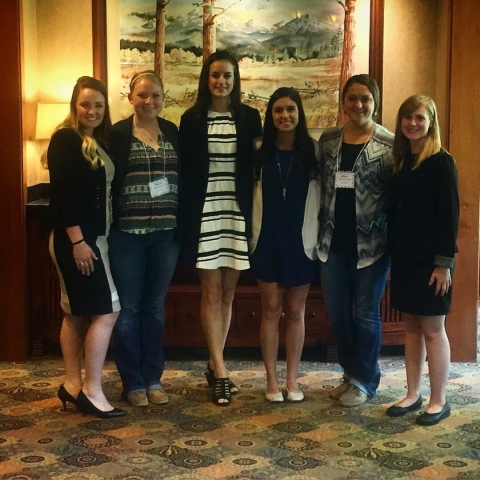 businesswoman that I am today. I am, by no means, perfect. I am far from it! But what I have noticed isn’t anything that I am doing specifically, but is the comments that I get from friends. They are shocked with how I always look nice,  my social media is professional and high quality in the sense of media content and grammar, and that I always have good etiquette.

I can’t help but laugh that, after a year of pageantry, I have been able to make the “hair out of place,” fashion on point, and “lady like” attitude a habit for myself.

I only wish, in hindsight, that I had looked at myself sooner and required myself to put in the extra effort of doing my hair and make-up (no matter how minimal), laying out my outfits, and being conscious of each action. Sometimes, I catch myself being lazy, but I know that as long as I remain conscious of what I look like to outsiders, I will forever be able to grow on the ladder of success as I dress for, have the confidence for, attract the opportunities for, and belief that success is all around us for the taking.