There was an error retrieving images from Instagram. An attempt will be remade in a few minutes.

I had a witty post all planned about my latest bout with the eye doctor at the end of 2016. I was pretty excited for the appointment, why? Because I was at the end of my two year waiting period to see if I could qualify for laser eye surgery.

Walking in they asked the generic question of, “Has everything been okay with your contacts?”

I explained that, “Yup! Things are great but …” and then I proceeded to share my self-diagnosis.

“I think the last set of contacts that I got were bad though. As soon as I got them, they’ve been kind of weird in my left eye. If I close my right eye however, I can get my left eye to focus so maybe my right eye is overpowering my left? Does that happen?”

Bless my eye doctor, she gave me kind of a funny sidelong glance (I didn’t think anything of it) and then she said, “That’s very rare, but maybe it did happen. Why don’t we take a look at your eyes?”

She handed me the giant, flat, ladle-like spoon to cover one eye and then read off the eye chart. I remember when I came to my first eye test, I had memorized the eye chart because it was an “eye test” and I didn’t want to fail the test. I was 8 years old at the time, aren’t kids just the darndest things?

I can’t tell you how shocked I was when she told me that my contacts hadn’t been bad nor that one of my eyes was over dominating the other, but that my eyes had dropped drastically in their ability to do their job since the last time that I was there.

I had to ask, “Is there something that I am doing wrong that is causing this? Contacts with all the arena dust?”

To the average person, it wouldn’t be that BIG of a thing. To me, it is.

The reason that I hate being blind is because I feel so vulnerable when I don’t have my glasses on or contacts in. The thought that someone could break into my house, it could catch on fire, I could lose my seeing-aides and then what? I’m a sitting duck.

The reason that I hated that they had gotten so much worse was that I have been in the process of eye check-ups over the last two years in the hopes to get approved for laser-eye surgery. This would result in reason number one being nonexistent.

My eyes had changed enough that I had to start over a whole new two-year cycle of approval for the laser-eye surgery approval. It was heartbreaking. To go just over two years and then have to start all over? It was heartbreaking. I am acutely aware of the fact that I will have to change my Drivers License and such shortly if it continues because I will be legally blind.

And that is what this whole blog post was GOING to be about.

Then, just a short week later, I got the devastating phone call that my cousin David had been killed in work-related accident and, just like that, it didn’t matter that my eyes had gotten a little bit worse in two years. 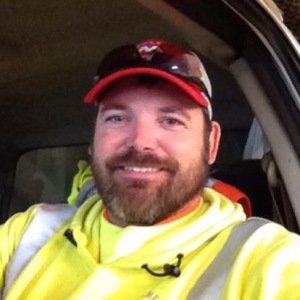 There are so many things, so many animals, so many benefits, so many people that we take for granted on a day-to-day basis that just absolutely needs to stop. My cousin David is one of the most wonderful, genuine and kind individuals that I will ever have the chance to know. I remember how proud he was when I signed to play college basketball at Oregon State – our families favorite college team of all time.

To realize that his smiling face and big bear hugs weren’t going to be present at family reunions or sports games in the future was absolutely shocking. I was so heartbroken. So floored. 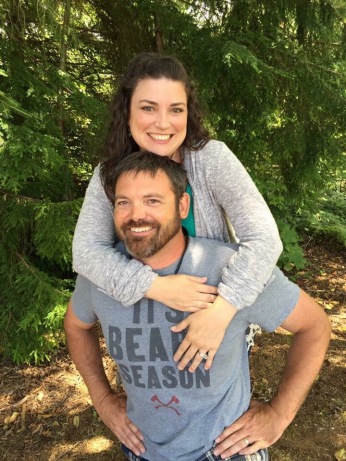 He leaves behind a wife and two sons; the kind of close-knit family that I have always dreamed of for myself. One where the love for each other is so evident, where hanging out with each other is the greatest thing in the world. He leaves it behind in only his physical presence but not in his spirit, love and soul; God has taken care of that! David will always be a part of us, our family, our past, our present and our future.

And then I was angry at myself for thinking that my eyes getting worse was such a BIG thing for a 25 year-old.

Do you know how many 25 year-old’s have it so much worse than me?

I mean some have it worse than me when it comes to vision and not only do I have the ability with contacts and glasses to have 20/15 vision but that I can afford to buy them myself.

I challenge all of you to start a gratitude log, to pray more often, to reach out and consciously think and tell those that you are thankful for.